Not long after we went to bed, at 4 AM we have to wake up, to continue our trip to the top of Padar Island, one of the iconic island at Labuan Bajo…

Padar island is the third largest island part of Komodo National Park and still inhabitated by ferocious lizard known as Komodo Dragon, though in the past, the Komodo Dragon was thought to be extinct at Padar Island. However, in 2004, it was reported there is at least 12 individuals including 1 hatchling of Komodo Dragon (source).

At 5 AM, we already board our small boat, to Padar Island. Padar island is part of Komodo National Park, it cost around 200.000 IDR per person for the whole Komodo National Park’s ticket, so make sure you bring some cash around when you go here. Also please use mask, because health protocol is still implemented here. But the most important things is, ready your legs and bring some drink, because the path to the top of Padar Island is consist of 800+ stairs.

The stairs itself is in good condition, but I recommend to use a suitable hiking shoes so your walk will be easier, but no worries, at a few points, especially the dangerous one, there will be a local guide to help you pass. Along the walk to the top, we can see Padar Island scenery from different point of view. Oh, the sunrise is also breathtaking…remind you the greatness of our maker.

After a while, we finally arrived at the most popular spot at Padar Island. It was already quite packed with tourists taking photos, so we wait patiently for our turn…I myself, prefer to capturing all the scenery with my eyes (and my camera also!), though I didn’t say no to take a photo of myself at this iconic place.

After taking enough photos, we decided to go down the stairs and continue our trip to our next destination, this time, a beach is awaiting for us to come. Oh but before that, we have breakfast on our ship, those 800 stairs really made us hungry.

Our next destination is Pink Beach. This Pink Beach is actually located at the western side of Padar Island. It was called Pink Beach because of its pink coloured sand. If you read my past story : A Journey to Lombok-Day 2 ; you will find Pink Beach also at Lombok. When we arrived there, some of other tourists was already there ahead of us. Not much we can do at this beach, except to play with sea water, taking photos, drank some coconut water, or just admire the scenery, the water here is really clear though, you can even see the seabed.

After playing for a while, we get back to our ship and continue our trip. This time to the home of the last dragon on earth : Komodo Island.

Fun facts : Did you know that Komodo Dragons are named after the island and not the other way around? Before this trip, I didn’t know about that at all. All my life, I thought that Komodo Island was named Komodo because it is the home of the “Komodo”, the largest lizard on earth. It turns out, those lizard were named Komodo because they were found on the Komodo Island, hence the name : Komodo ; as explained by our tour guide.

So, at Komodo Island, the local guide will give us a tour to see Komodo Dragon. There are three routes to chose from, short path (2 Km), a slightly longer path (2,5 Km) and the longest path (around 10 Km if I remember it right), however, because of pandemic, the longest path is temporarily closed for tourist. We decided to go for the shortest path, straight to the Komodo.

Komodo Dragon itself can grow up to 3 meters, and around 70 kg in weight. They mate in between May until August, and will laid eggs (yes, eggs!) in September. It is explained that a healthy female Komodo can laid eggs up to 20-30 eggs. It will be incubated for around 7-8 months in self-dug nest, or an abandoned Megapode nest. A young Komodo dragon is very vulnerable and usually will dwell in the trees to avoid predators, or even, their own canibalistic parents. Yes, Komodo Dragons are canibal, even to their own hatchling, while they mainly hunts for Javan Rusa and sometimes eat carrion. While not many, it is known that Komodo occasionally attacks human, so excercise caution when you go to the Komodo Island.

Komodo Dragons itself is classified as endangered species. Komodo National Park is built on 1980 to help protect the animal from extinction.

Oh you know, when we were on the Komodo Island, we receive information that a 7.5 SR earthquake happened at the east side of East Nusa Tenggara, and the Government already gave warning for potential tsunami, but fortunately, nothing happened (Phew!).

So, next is Manta Point!

So our next destination is Taka Makassar and Manta Point. It took around 2 hours of sailling , and I fell asleep for those two hours, haha…

Taka Makassar itself is a small island, in the middle of the sea, that will only appear when the sea level is low, similar to Gili Pasir in Lombok (Read : A Journey to Lombok-Day 2).

Manta Point is a snorkelling spot to see Manta Ray. It was located not far from Taka Makassar. Our guide said, that it depends on our luck whether we can see the Manta or not, and fortunately we manage to find the Manta Ray. Fun fact : Indonesia is the world’s largest sanctuary for Manta Ray.

I almost forgot, readers, you can virtually follow up our trip to Bajo through a vlog made by my friend. Kindly visit it : Labuan Bajo Vlog by Lida Lubis 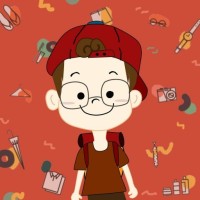 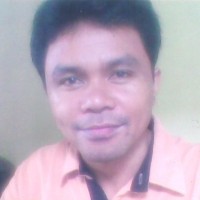 "Thoughts are the shadow of our feelings - always darker, emptier and simpler" Friedrich Nietzsche

I want to be rich. Rich in love, rich in health, rich in laughter, rich in adventure and rich in knowledge. You?

Traveling It Leaves You Spechless, Then Turns You Into A.......Storyteller

A daily selection of the best content published on WordPress, collected for you by humans who love to read.

The Art and Craft of Blogging

The latest news on WordPress.com and the WordPress community.